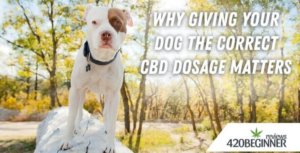 The journey of CBD (Cannabidiol) began in Texas with the passage of the US Farm Bill in late 2018. This bill legalized the farming of hemp in the United States and was the precursor of individual state laws being passed to legalize the farming of hemp and the buying and selling of Cannabidiol products, which does not get you high. Texas followed the Farm Bill with a bill of its own, which passed in the summer of 2019. It too legalized the growing of hemp and the buying and selling of Cannabidiol products. Texas farmers are looking forward to growing their first hemp crop in 2020, pending the approval of the Texas Department of Agriculture’s publication of its rules and regulations for farmers who register to grow hemp.

Several other states, including Colorado, California, Oregon, Washington, North Carolina and Kentucky, to name a few, are ahead of Texas by a couple of years and farmers there have been growing and selling their hemp to processors, who extract the Cannabidiol and sell it as tinctures, topicals and edibles for humans, as well as pets. Farmers have switched from growing other crops, such as tobacco and cotton, into growing of hemp, with the promises of making double the revenue from the newly approved crop.

Why is Cannabidiol not a felony anymore? What changed? The problem was that hemp looks and smells just like its sister plant, marijuana, the infamous plant used by people to get high. Consequently, hemp, along with marijuana, was outlawed in the 1930s by the United States because law enforcement and others could not tell the difference between the two plants so they threw out the baby with the bathwater. It was not corrected until 2018, when the Farm Bill was passed, reestablishing the legality of the hemp plant.

In actuality, marijuana produces smaller amounts of Cannabidiol than hemp. And hemp produces smaller amounts of THC (Tetrahydrocannabinol), the chemical that gets you high. Consequently, the Federal government has determined that Cannabidiol is legal as long as it is .3 % or below in each and every Cannabidiol product that you purchase. You can verify that amount through Certificates of Analysis (COA’s) from third-party, independent labs that are published by the manufacturers and sellers of Cannabidiol.

What’s all the fuss about CBD? Cannabidiol is a non-psychoactive compound that is extracted from the hemp plant, that has truly amazing properties, such as anti-inflammatory, anti-oxidant, anti-nauseate, muscle relaxant, anti-depressant, anti-anxiety and many other qualities. It has been shown to reduce pain, assist in healing injuries, help with sleep and improve overall health and wellness in both humans and animals. Anecdotal evidence as well as scientific studies have shown the potential and effectiveness of taking Cannabidiol to help with these maladies and improve health and wellness. More studies are underway and many more studies need to be done to improve our knowledge of Cannabidiol and its effects.

Besides Cannabidiol, there are many other compounds, like CBN, CBG and many terpenes that are associated with flavors and smells that come from hemp. It is an amazing plant. Historians say that hemp is one of the oldest, if not the oldest, plants to be farmed by man. Archaeologists have found hemp fiber in the broken shards of pottery in Taiwan from 10,000 years ago. In China, rulers used an extract of hemp for stomach and muscles aches and throughout history, hemp was used for rope, sails, building materials and hemp seed was used as a nutritional supplement even up to present time.

All of these compounds that are extracted out of hemp can be used together as a very potent healer, called “the entourage effect”. The sum of the parts are greater than each part individually. This is why scientists and entrepreneurs are so excited about Cannabidiol and its potential.

Right now, we are in the very early stages of hemp cultivation and Cannabidiol development. This “green rush” could be in a ten to twenty-year growth cycle. The Federal Drug Administration has yet to make a ruling on the classification of Cannabidiol so new developments will be happening all of the time.

I first started taking CBD about two years ago. I have struggled with anxiety and sleep issues on and off for several years of my life and after I heard about Cannabidiol, I tried some 500 mg full spectrum tincture (a dropper full each night) and after a couple of weeks, I noticed that the anxiety had weakened and my sleep quality was improved. I was getting more Rapid Eye Movement (REM) sleep and was awakening more refreshed and ready to meet the day’s challenges. After a month, I didn’t even notice the anxiety.

Subsequently, I have used the Cannabidiol Freeze Roll-On for pain relief on my ankle and shoulder with great results. I also have introduced 500 mg Cannabidiol Isolate to my ten-year-old Golden Retriever, Riley, who was starting to suffer from muscle and hip pain. I just put one dropper of the Isolate tincture in her water each morning and she seems to be more frisky and runs around in the back yard once again.

This brings up the question of dosage. How do you know how much of the Cannabidiol do you need to be effective? In Cannabidiol stores and E-commerce sites, I have seen dosages from 20 mg to 3000 mg of Cannabidiol in a one-ounce bottle of tincture. The low dosages from 20 mg to 100 mg. probably don’t do much for you. 30 mg is one mg per day, which is virtually nothing. I have found out that you should start off with a small to medium dosage, around 500 mg of Cannabidiol, and see how that affects you over a two to three week period. If it seems to be working for you, then your dosage is probably right. If you feel that nothing is happening, then increase the dosage to 700-1000 mg. Until more research is done on dosing, it is really a “try and see” method for each individual.

In summary, the CBD industry is rapidly evolving in the world. We are moving out of the dark ages, where the compound was wrongly classified as a felony and into the awakening of a new era where the potential benefits of Cannabidiol are expanding and the opportunities for employment are accelerating daily. It is time to forget about the misplaced fears of the past and jump on board the new train of health and wellness.