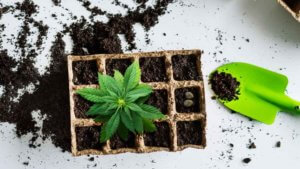 As the November 3rd election draws ever closer we are seeing more articles relating to the possibility that additional states will vote to legalize marijuana for either medical or recreational use.

One thing that is certain is that as more states embrace legalization the greater will be the pressure on Congress to follow suit at a federal level.

The industry is doing all it can in the states where voting not only involves the political and presidential candidates but includes legalization provisions to turn out in force and carry the proposed amendments.

An article in Leafly on the 17th September sets out all the details of the states involved and offers assistance to ensure every voter makes it to the polls and casts a favorable vote.

One point they make is:-

Everything for cannabis: Federal and state adult-use cannabis legalization; medical cannabis policy reform; state-level legalization; as well the state and local leaders who will implement or block reform. To give an example, about 79,000 votes in three states decided the 2016 presidential election. By contrast, 100 million eligible voters did not vote in that election.”

Their article gives a lot of interesting statistics and related background on candidates and where they stand on the issue of cannabis, as well as a voter registration form in case you have not yet registered and is well worth a read.