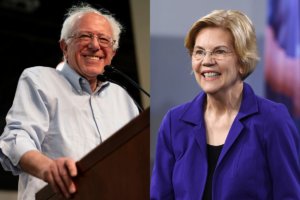 House of Representatives has decided to delay a vote on the More’s Act (Marijuana Opportunity Reinvestment and Expungement (MORE) Act) until after the elections due on the 3rd November.

Many people will be very disappointed that, once again, politicians appear to have ducked the opportunity to remove marijuana from the Controlled Substances Act — which classifies it as having no accepted medical use and a high potential for abuse. The bill would also have removed federal penalties on marijuana and then let states decide if they want to legalize. There were also proposals to expunge existing crucial records of those who would no longer have been deemed to have committed a crime, and those still in prisons pardoned.

The House majority leader, Steny Hoyer, has indicated that they would still try to vote on the Act before the end of the year, but with so many deferments some doubt this will actually happen or have any real effect if it was held during a “lame duck” period, the period between election day and the swearing-in of new Congress members and possibly a new president.

Democrats have said that there were other measures such as Covid-19 aid and securing an agreement staving off a damaging government shutdown.

Some might well suggest it would be even better to wait until after a new Senate and president are sworn in as that might result in a Democratic majority in both houses and a better chance of the Act becoming law.

Others, though, may take a more cynical view.  If the vote was held before the election and did not have adequate support from Democrats, Republicans might well use this as the lever to point out to potential Democratic voters that all the hype about legalizing marijuana was really just a political gambit to gain votes.

Guess we will just have to wait and see.