Italian researchers have just announced the discovery of a new THC phytocannabinoid that is 30 times more powerful than the regular THC that produces the typical high.  This new THC comes from a strain of Italian weed produced in Rovigo, Italy which is where you will find the marijuana laboratory of our friend Dr. Gianpaolo Grassi, the scientist we interviewed last year.  He is a well-known expert in using LED Grow Lights to develop cannabis for research.  You can see the video of his interview here.

The new THC discovery was reported in the prestigious journal Nature and access is free if you have an inquiring mind that wants to know.  But the basic news is that this new variety of THC, called THCP (and the corresponding new cannabidiol homolog) only has minor chemical differences from the THC everyone recognizes as the active ingredient in weed. 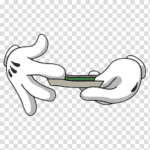 The THCP was tested by injection into the stomachs of mice.  Apparently the mice were not allowed to have a calming toke before getting a shot in the belly.

Once the mice were sufficiently high, tests were conducted to measure “spontaneous activity, immobility index (catalepsy), analgesia and changes in rectal temperature.”

One of the tests involved a “hot plate” to see if the mice would react to pain.  I am not sure that sitting on a hot plate is something I would want to be tested with and I certainly would not want the new THCP injected into my stomach.

The scientists reported that the mice exhibited catalepsy, which is scientific-speak for the well-known phenomenon of “couch lock.”

No mention was made of whether any of the mice developed the “mouse munchies” but perhaps sitting on a hot plate made them a little suspicious of the researchers’ motives.

So far, the research institute has not put out a call for human volunteers to try the new weed, but we will certainly let you know the moment that happens.  Because the Italian courts have just ruled that growing marijuana at home is legal, perhaps someone will grow a few plants of this strain and send the seeds to our friends at ILGM to distribute to the world.

According to the article, the weed used was a variety called FM2 from a strain called CIN-RO.  The Rovigo lab gave it to the Italian military for “breeding”  and the military guys gave it to the researchers.  I suppose if it’s so good at producing couch lock, it might make a great new type of chemical weapon.  Imagine if everyone was too stoned to have a war.  Quick–somebody give a toke to the Cheeto Jesus #trumpolini.

If someone knows an Italian general, maybe you can get us a little bit for cloning.  If not, well maybe someone who reads this article has the scientific knowledge to reproduce the THCP (or even synthesize it!)