What’s more, because urine drug tests are so easy and affordable to conduct compared to some other options, they are being used in professional scenarios increasingly commonly. And so, you may want to be aware of the potential for a urine drug test, and we’ve listed five important things that you should know to make sure you’re prepared for these tests if you use cannabis.

Five Things You Should Know About Urine Drug Tests

Urine drug tests are incredibly versatile, and as such, they are being used increasingly often. Indeed, some of the compounds that can be detected with urine drug tests include marijuana, THC, cocaine, nicotine, alcohol, opiates, PCP, methadone, barbiturates, benzodiazepines, and more. So, you should be aware that urine tests could bring many chemical compounds to light.

#2 Different Types of Urine Test Have Different Strengths and Weaknesses

There are two primary types of urine drug tests: immunoassay and gas chromatography/mass spectrometry. These two tests differ slightly from one another, so you should be aware of their unique strengths and weaknesses. Oftentimes, a gas chromatography test may be used as a follow-up to immunoassay tests, especially if the latter has caused a false positive.

Indeed, immunoassay tests provide incredibly fast and cost-effective drug tests, which means they are regularly used in random drug sampling tests in businesses. However, they have a higher risk for false positives than gas chromatography/mass spectrometry tests, so this should be considered.

If you get a false positive on an immunoassay test, you should request that a gas chromatography test be carried out as a follow-up. False negatives are also possible for urine drug tests, particularly for same-day drug consumption. 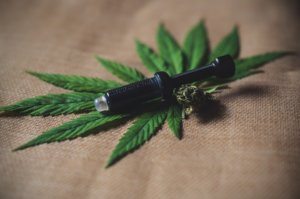 #3 There Are Risks for False Positives

It is important to consider that drug tests can result in false positives in many applications. Indeed, as we’ve already mentioned, immunoassay urine tests are much more common in giving false-positive results, and these may need to be followed up with a slower but more accurate gas chromatography test. However, that’s not the only way by which false positives can occur. Indeed, there’s also a risk that medications can cause a false positive result; so, you should always mention to the tester if you have taken any form of medications or supplements recently. This includes over-the-counter products, herbal supplements, and more.

A common misconception that people have with their urine drug tests is in terms of how long drug tests work for. Indeed, people assume that, once the effects of a medicine or a drug have worn off, the urine test won’t detect the chemicals. However, traces of chemical compounds can be present in the urine for a while following finishing use. For example, for regular and long-term cannabis users, the total withdrawal time for urine drug tests can potentially be a matter of months!

So, before a drug test, it’s always important to consider any medications you’ve taken recently or in the recent past, even if the effects are no longer being experienced. For most medicines, this time will be about 4 days. However, this varies from drug to drug, and also depends on other factors such as hydration level.

Always mention these to the tester in charge of the urine test, to avoid a surprise positive result for drugs that you’re not presently using.

Finally, we need to point out that urine drug testing is completely legal. Indeed, many people scoff at the idea of a urine drug test from their employers – for example – as they assume that doing so is not legal from a privacy perspective. However, state and federal laws alike allow drug tests to be carried out as part of maintaining health and security overall, and so your employer has every right to request you complete one.

Of course, you do have the right to refuse the drug test. However, the specific rules as to whether this can have consequences vary from state to state. As such, you should check your state laws to see whether refusing a drug test could legally allow your employer to fire you from your job or take other action. Some states will even refuse unemployment benefit payments if you fail to participate in a urine drug test when requested.