Skip to content
Home » Articles » News » Drug Testing -How Long Does Marijuana Stay In Your Body? 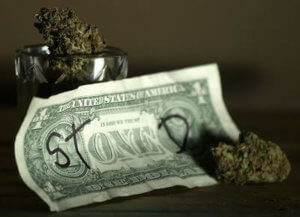 Ever wondered how long marijuana stays in your blood? How long does marijuana stay in your system? It cannot be denied that the effects of weed produce a high that you can feel for a short time. This is what makes pot so attractive and relaxing. Most users love the benefits they get from weed. When you are high, this means that you tend to have an altered perception state, chattiness, giggling, feeling as if time has slowed down, a sense of relaxing and a real sense of well-being.

Of course, when it comes to wondering how long does marijuana stay in your system, the truth is that too much of a good thing has its price. In fact, what most people don’t talk about are the other less-beneficial effects of weed. To them, the benefits they feel when they are high, far outweigh the disadvantages of weed. Nonetheless, knowing about the other side of weed is highly advisable. Making informed choices is always beneficial.

Short term effects of weed also include paranoia, anxiety, feeling faint, feeling sick, confusion, dry eyes, dry mouth, rapidly beating heart, feeling restless, sleepy, problems with coordination, an increase in appetite and not being able to focus very well. For this reason, you might even be pulled over when you smoke and drive. You could be driving in a wobbly manner without even realizing it.

How long marijuana stays in your system will go a long way towards helping you anticipate the length of time it remains in your blood. Plus, if you have a drug test coming up, it is always a good idea to find out what test they are doing. Are they doing a blood test? A hair test? A urine test? Knowing what kind of test is coming up will enable you to know how many days before is safe to smoke weed.

Pot can also cause psychosis, delusions and hallucinations in rare cases when your dose of weed is extremely high. Ingesting weed or smoking pot on a daily basis can also affect your body and mind. You might increase your risks of having impaired learning, impaired memory, impaired cognition, anxiety, depression, other mood disorders, lung infections, bronchitis, respiratory illness, stroke, heart disease and cardiovascular diseases.

When you smoke weed while you are breastfeeding or happen to be pregnant at the moment, there is an increase in the risks of your baby having brain development defects or birth defects.

But Really, How Long Does Marijuana Stay In Your System?

After your last use of weed, it can remain in your system for between a few days and many months. Depending on various factors and the drug testing method, weed will pass through your system at varied lengths of time. It will also depend on whether you actually ate the weed or smoked it. If you have a drug test coming up soon at the office it is a good idea to get as informed as you can about how long pot stays in your blood.

After all, depending on your job requirements, it is not a good idea to have marijuana detected in your body tissues even if it is legalized in your state. The reason is that your company or school may not tolerate the effects of pot on your learning and memory. For example, law school or law firms as well as persons that operate machinery should definitely not have marijuana running around in their system as they do their jobs.

There are short term effects of weed and these start tapering off after 1-3 hours. Other effects such as having a hard time sleeping or problems with your memory can last more than a day or two. Depending on your system, the effects will wear off after quite some time. These can last for months, weeks or days after your last use of weed. In fact, some of the effects never wear off and can even become permanent.

Have you been wondering about how long it takes to get rid of the weed in your system? More and more institutions are testing for weed as required for work or as routine, general testing, whether or not weed is legal in the state you live in. As a matter of fact, regular testing is more and more par for the course for most people who attend school, work at an office or even just driving strangely on a freeway. No matter what the reason is, it is always a good idea to know everything you can about how long it takes for pot to get eliminated from your system.

But really, how long does weed last? Well obviously, it is going to take longer for weed to leave your system if you are a heavy user. On the other hand, social smokers who barely use weed won’t have to worry too much about weed leaving their system in a shorter amount of time. Keep in mind, however, that hair follicles do hold weed for up to ninety days after your last use so if a thorough test is performed on you, they may find it in your hair.

It is actually THC that tests detect, which is what they call broken down weed in your body. How long does THC stay in your urine? How long does THC stay in your blood? It really varies. When it comes to how long does weed stay in the system, the fact is there are many things affecting the length of time that marijuana remains in your body. Some factors include body mass index, gender and age. In other words, different types of bodies process marijuana differently.

Also, the way you actually use weed affects how this is used. This includes how often you use weed and how much of it you use when you do. Obviously, more frequent usage of higher doses will increase the time it takes to get rid of the weed in your body. More potent weed has high THC doses compared to lower quality types. Good quality weed which has higher THC will remain in your system longer than bad quality weed. When you eat weed, this stays in your system longer than weed you smoke.

Have you been wondering how long does pot stay in your system? Also known as cannabis or marijuana, weed is usually detected in the fluids of the body for between one and thirty days after you use weed last. As with any drug, it can be detected in hair for many months. How long does weed last? The window for detecting weed will generally depend on how much you have ingested or smoked. It will also depend on how often you smoke. Generally, a larger, more frequent dose of week will be related with longer times of detection possible.

For everyday weed users, marijuana can be detected for many months after you last use it. Some frequent users can sometimes be detected for up to ninety days. Regardless of how often you use weed, there are windows for detecting cannabis in hair, saliva, blood and urine.

How Long Does It Take To Break Down Weed In Your Body?

Weed has an active ingredients called delta-9 tetrahydrocannabinol, also known as THC. This is weed’s active ingredient and is what most tests detect. THC goes into your system and your blood absorbs it. Some of the THC is stored in your fat tissues and organs. When THC goes to your kidney, your blood can re-absorb it.

It is in the liver where THC is broken down. There are a lot of different metabolites that THC breaks down into. What a drug tests does is that it looks for these metabolites which stays in your bloodstream even longer than THC.

Later, as days pass and you don’t use any more weed, the metabolites including TCH are washed out of your body through your stool and urine.

How Long After You Last Used Marijuana Can Drug Tests Detect It?

When you go through a drug test, what the tests measure are not the plant itself but rather, the byproducts, which are called metabolite. After the effects of marijuana has worn off, the weed by-products remain in your system for a very long time.

How To Get Marijuana Out Of Your System?

To be honest, there isn’t a lot of things you can do to get rid of the marijuana that has found its way into your tissues in your body. Just like pretty much everything else, it takes time for weed to be broken down and eliminated once it is in your body. Staying hydrated, which means drinking a lot of water, eating healthy food and exercising can help excrete marijuana more rapidly, but not very much.

There are many detox remedies for weed as well as kits you can avail of. Some of it involves tea and drinking a lot of water to get rid of weed in your urine. Using herbs like vitamin B12 and creatinine is supposed to mask the weed in your pee, but are not really one hundred per cent reliable.

Hair–How Long Does Weed Stay In Your Hair?

Testing hair follicles to test whether or not you used weed can be done for up to ninety days after you last smoked, ate or inhaled weed. Believe it or not, marijuana gets to each hair follicle on your head through tiny blood vessels. Of course, very small amounts can remain in each hair. Hair grows about half an inch per month. Thus, a hair section measuring about one and a half inches that grows closest to your scalp will provide an indication of whether or not you used weed for the last 3 months or ninety days.

Saliva Testing–How Long Does Pot Remain In Your Saliva?

Weed can be found in saliva through testing. If you don’t use weed very often, the saliva test will reveal cannabis between one and three days. On the other hand, if you are a heavy user, saliva tests will reveal weed in your blood for up to twenty-nine days. You can have weed in your saliva even if you are simply exposed to the smoke. It will obviously be detected when you smoke weed directly. The metabolites or by-products of weed can be found in saliva when weed has been ingested or smoked. When getting tested in states in which weed is legal, saliva can be used for roadside tests.

Blood Testing–How Long Does Marijuana Stay In Your Blood?

Within seconds of when you inhale, weed can be detected in the blood. The cannabis is then distributed to the rest of your body systems. Some is broken down and reabsorbed in your bloodstream, where it can remain for days.

The most common method of testing for weed is through your urine. Marijuana can be detected in urine after last use depending on the amount you used. Heavy users multiple times a day can have weed detected in urine for up to thirty days.

Metabolites or by-products of weed are soluble in body fat. This means that they bind themselves to your body’s fat molecules. Because of this, it can take time for the weed to get out of your system.
Source by Jennifer Cosculluela

2 thoughts on “Drug Testing -How Long Does Marijuana Stay In Your Body?”