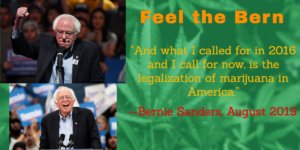 A bill to Decriminalizing Marijuana was passed in The House on Friday 4th December.  Good news for those who have been seeking legalization, those imprisoned for possession, and the industry behind growing and marketing.

However, as the current American legal system operates it is unlikely that this landmark legislation will become law.  The reason being that to do so it not only has to be admitted to the floor of the Senate but also passed by Senators and while the Senate is Republican-controlled neither of these options is on the horizon.

Republicans have already derided the House for spending time debating and passing this bill while millions of Americans are waiting for a new round of Covid-19 relief legislation to be passed. Representative Pete Stauber, Republican of Minnesota said. “As children struggle to receive their education and child care facilities close; as seniors remain isolated from their families, this is their solution.”

So why, one may ask pass this Decriminalizing Marijuana Bill now? There may well be a political basis for this far removed from the Bill itself.  As things stand the Senate is controlled by a Republican majority but that could change in January when the remaining two seats in Georgia are decided.

Georgia, where possession of marijuana in small quantities is not illegal is a State where to win the Senate seat the winning candidate must have polled 50%, as required by state election law.  In November none did although the incumbent Republican David Perdue had 49.8% of the vote and Democrat Jon Ossoff had 47.9%. In the other Senate race, Democrat Raphael Warnock won 32.9% and will go into a run-off against Republican Senator Kelly Loeffler, who trailed him with 26%.

So both these seats are very tight and up for grabs.  If the Democrats were to win both this would currently place the Senate with equal numbers of Republicans and Democrats.  In the event of a tied vote, the casting vote then falls to the Vice President who will now be Kamala Harris, someone very much in favor of the legalization of marijuana.

I may well be that in passing this vote now, prior to the Georgia Senate run-off, Democrats will use this to bolster their chances of unseating David Perdue and bringing home Raphael Warnock shifting the balance of power in the Senate. Telling voters in Georgia that voting for the two Democrat candidates would ease the path of the Bill in the Senate could well tip the balance.

Unfortunately, even if that does happen there are still no guarantees that the Senate would pass the legislation either as it currently stands or with some amendments.  Although it is generally felt that it is the Republicans who are opposed to legalization some Democrats are also not fully behind it.  So some might still not be willing to vote in favor and in that case the Bill will fail without the intervention of a casting vote.