What is the Danger from Vaping?  In the fog of media claims and counter-claims regarding deaths from cannabis vaping, the message is clear – if you buy cannabis vaping fluid from a legal dispensary you are likely to be less exposed to the danger of lipoid pneumonia.  That does not mean NO exposure, it just means that you are less likely to develop the problem than someone vaping product from a sketchy source.

The CDC has confirmed that vaping pneumonia is strongly associated with and caused by vape juices that have been adulterated (“cut”) with Vitamin E.  Beginning in spring 2019, some unscrupulous dealers and makers of vape juices began cutting the product with Vitamin E in order to increase the volume and make more money with the same juice.

According to the CDC:

“Laboratory data show that vitamin E acetate, an additive in some THC-containing e-cigarette, or vaping, products, is closely associated with EVALI.

Contents show
1 What’s the Evidence?
1.1 Vitamin E Added to Make the Vape Juice Thicker
2 Legal dispensaries are safer
2.1 Pop-up dispensaries and dealers
2.2 Black Market Prefills Are the Problem
2.3 So, what’s in the bad stuff?
2.4 What do you do now?
2.4.1 Related

In particular, Canada and Britain have experienced far fewer problems. “In Canada, as of October 17, 2019, there are five confirmed or probable cases of severe lung illness related to vaping: 2 confirmed cases in Quebec and 3 probable cases in New Brunswick (2) and British Columbia (1). And in Britain, the one clearcut case of lipoid pneumonia that was investigated thoroughly turned out to be from the vegetable oil used in the vaping fluid.

Want to find your nearest dispensary? Check out our companion website, BigBuds Guide to find your local legal source of vaping products.  If you own a dispensary and are not yet listed you can add your business to the site for free!

Let’s look at the evidence for this that shows buying from an unlicensed dispensary or from a black market source you will be at higher risk of serious illness or death than from a reputable source.

Last Tuesday, a new study from Utah showed 92 percent of patients interviewed reported vaping THC — and mostly from pre-filled cartridges — before falling ill. The vape products, the CDC said, “were acquired from informal sources such as friends or illicit in-person and online dealers. Dank Vapes, a popular counterfeit manufacturer, was the most commonly used brand. Research in Illinois and Wisconsin uncovered the same pattern. And in New York, the state Department of Health commissioner has said the vast majority of the 125 cases there have been linked to black market THC cartridges.”  Source

MJ Biz Daily reported that Peter Marcus, communications director for Colorado-based Terrapin Care Station explained,“When you have regulatory boards having oversight for products that hit the market, you’re not going to end up with bootleg, cut vape cartridges that have the potential to cause harm.”

State laws on cannabis differ but essentially anything that licensed dispensaries sell must be tested and licensed by the state in question. To ensure that the dispensaries themselves are abiding by the law, they have very structured procedures to ensure that everything they sell is safe and legal. Put another way – they would lose their business otherwise.

Kimberly Cargile, CEO of A Therapeutic Alternative in CA was also quoted by MJ Biz Daily: “We’ve had policies in place since (vaping became a trend) to only accept pure cannabis oil,” Cargile said. “We don’t accept or sell any vape products that are cut with propylene glycol or vitamin E or coconut oil or have any additives or flavoring at all.”

In states where cannabis is legal, the black market continues to raise its head. Pop-up dispensaries appear from time to time, selling their goods at far lower prices than licensed dispensaries owing to the lack of state taxes. These advertise on Instagram, Snapchat, and through word of mouth, open for a week or so and then disappear before the police get involved.

Rolling Stone reported that these unlicensed, unregulated dispensaries are not so careful as to what they sell. There was a cluster of seven illness cases in King’s County, CA. The magazine reported, “All seven of these cases — including an additional one reported following media coverage of the initial press release — were linked to THC vapes that had been purchased off the black market, Nancy Gerking, assistant director of public health of Kings County tells Rolling Stone, adding they were purchased at temporary, unlicensed “pop-up shops” in the area.”

Black Market Prefills Are the Problem

Meanwhile WebMD reported that a large number of the cases nationwide were in states where recreational or medical use was prohibited. The site stated, “In New York, where 34 cases of the severe lung disease have been reported Department of Health officials said they are focusing on vitamin E acetate after finding it in nearly all of the samples it analyzed linked to the illnesses.”  Recent reports from the CDC confirm that Vitamin E acetate is the culprit, most likely added to give extra oiliness to the prefill contents.

New York prohibits the use of cannabis vaping fluid, so in this case people were buying their vape fluids from street dealers. One of the major reasons behind the general push for legalization is to drive out black market dealers who frankly, don’t give a shit about their customers as long as they have the money to pay for it. In regulated markets there is a duty of care on the part of the vendor toward the buyer in that if they cause serious health problems they will lose their license.

So, what’s in the bad stuff?

The first adulterant linked to these lung diseases is Vitamin E. Rolling Stone reported, “If inhaled, oils like Vitamin E can cause lipoid pneumonitis, a rare condition that results from fat particles being inhaled into the lungs.”

One of the tests that black market buyers frequently do to ‘test’ the quality of the liquid is to see how thick the fluid is. Black market operations have recognised this and add a thickening agent to the vape to make it appear to be a better deal. WebMD: “This new additive may or may not play a role in the current health crisis,” writes Downs, Leafly’s California bureau chief. “But it is one of the major new ingredients in illegal vape cart oil in widespread use this summer.”

As we bluntly stated above, street dealing operations just sell what the buyer wants and not what is proven safe. There are large businesses behind them that have a variety of brand names including (not exhaustively)  Dank Vapes and West Coast Carts. Dank Vapes have had particular attention recently as their vaping fluid has been tested as having anti-fungal agents that can make someone extremely ill if they take it in. Meanwhile, another Rolling Stone article showed that three companies that make Vitamin E and thickening products for vaping have been subpoenaed by the FDA.

What do you do now?

A fairly obvious first step if you aren’t lucky enough to live in one of the 11 states where cannabis is legal is to get out there and fight for full legalization. The government is a better regulator of cannabis products than any back street lab. Join NORML or another national legalization body and start petitions, writing to politicians and fighting for your  right to a safely regulated market.

That won’t help you short term. If you still want to inhale cannabis vapor there are still some very good ways on the market where you can guarantee some back street boffin hasn’t messed with your weed.  Best way is to grow your own or at least make your own consumable extracts.  Our guides tell you how.

MaryJane Farmer (like Betty Crocker, but for Weed) from 420Beginner looked at the best cannabis vaping machines on the market today. And MaryJane’s dad, BigBud, is preparing a comprehensive website (BigBudsGuide.com) where you can find legal sources of vape and cannabis products throughout North America.

If you do live in a state where you can legally get hold of cannabis, then only buy from a licensed source. If you must vape cannabis then that is by far the safest option.

Meanwhile, leave your comments, suggestions, criticisms and advice below. We love to hear from you. 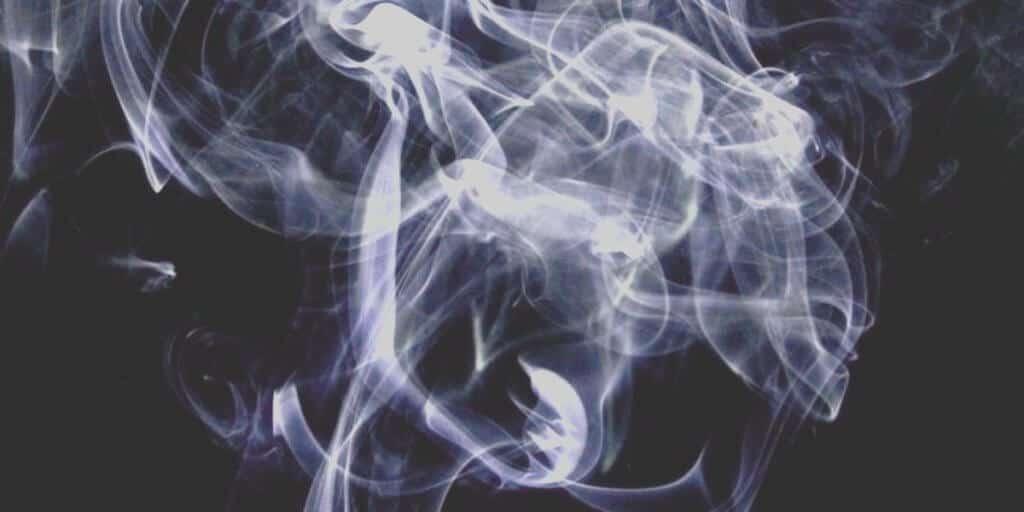 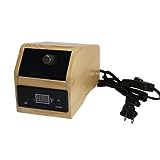 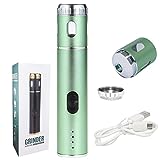