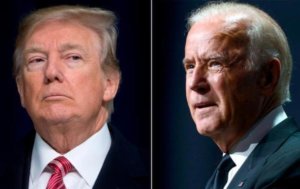 Former Vice President Joe Biden, the Democratic candidate for president of the United States has now stated that one of his reforms, if he became president, would be to pursue policies to decriminalize cannabis possession and enact some police reforms.  This would also include expunging the records of those who would no longer be subject to criminal proceedings.

Biden, who until last year said he still considered cannabis to be a gateway drug, had been under some pressure from the party’s more progressive wings to accept either decriminalization or legalization. It now seems that he has accepted decriminalization as the lesser of the two options and still wants to postpone the argument for legalization at a federal level.

President Trump and the Republicans are solidly anti legalisation and a lot may well depend on the make-up of the Senate, after the November elections, as to whether even decriminalization would be passed if Republicans still enjoy a majority.

Trump has been reported as being concerned that cannabis legalization initiatives in multiple states, including swing state Arizona, could dramatically improve Democrats’ voter turnout in the 2020 election. The new statement from Sen. Kamala Harris (D-CA) — Joe Biden’s pick for vice president, confirming the intention to decriminalize cannabis possession should worry him. Arizona, in particular,  will likely serve as a battleground state during this year’s election as Trump only won the state by 3.5 percentage points in 2016.

But what exactly does decriminalization mean in real terms? As long as cannabis or marijuana remains a class 1 drug at the federal level decriminalization will not make it legal but move the penalty for possession of small amounts to a civil instead of a criminal offence with either non-existent or minor penalties in the form of a fine.

In Virginia, medical marijuana has been legalized and legislation to decriminalize possession enacted in July.  So, for now, the only legal way to obtain the drug in Virginia will be through the state’s medical-marijuana program, which will roll out later this summer when the first of five licensed dispensaries will open. But, although the possession of small amounts of marijuana is still illegal in Virginia, the maximum penalty for people caught with an ounce or less of the drug has been reduced to a $25 civil fine. Prior to this possession of a half-ounce or less of the drug was punishable by up to 30 days in jail and a $500 fine.  A second conviction carried the threat of up to a year in jail and a $2,500 fine. Criminal proceedings will still exist for sales to minors or distribution of the drug or possession over 1oz.

In California, one of the most progressive states where cannabis is legal for both medical and recreational use possession of 1oz (or 28.5gm) or less is not subject to a penalty or a  fine, but if you are near a school it becomes a crime with the potential of 10 days imprisonment and a fine of $500. If under 18 it is also a crime with a possible 10 days incarceration in a detention center and  $250 fine. More than 28.5gm is also criminal with 6 months imprisonment and a $500 fine.

Decriminalization at a federal level is most likely to follow similar lines.  Possession of a small quantity for personal use being only subject to a civil fine with no criminal offence recorded but criminal penalties and fines continuing to exist if found in possession of larger amounts or involvement in distribution or sales to minors.

One further benefit of decriminalization would be the proposal to expunge the criminal records of those who have been prosecuted for possession of small amounts in the past. As things stand their criminal record exists and will follow them throughout their life potentially affecting their employment prospects.

So far 33 states plus the District of Columbia have legalised marijuana either for medical or both medical and recreational use and others are debating joining them.  Soon it will be impossible for congress to hold out against the clear wishes of the American population and as Kamala Harris has been quoted as saying “Times have changed — marijuana should not be a crime. We need to start regulating marijuana and expunge marijuana convictions from the records of millions of Americans so they can get on with their lives.”

But a word of caution.  Politicians are well known for saying what they believe the voters want to hear in order to win an election.  There is no guarantee they will follow through once in power!