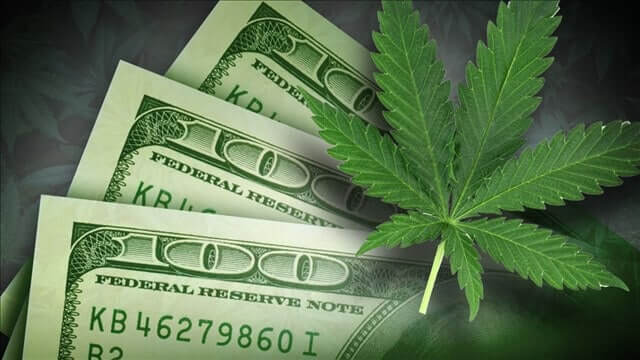 Here are a few cannabis news items for the week ending 27th February you may have missed:-

During an oversight hearing before the House Appropriations Financial Services and General Government Subcommittee on Tuesday, 23rd February, IRS Commissioner Charles Rettig was asked about the lack of banking access for marijuana businesses.

This follows the head of the Internal Revenue Service (IRS) telling Congress this week that the federal agency would “prefer” for state-legal marijuana businesses to be able to pay taxes electronically.

The inability for banks to provide normal account facilities to cannabis businesses has for a long time been in debate but despite attempts to circumvent existing legislation no answer has been found and seems unlikely to be resolved until marijuana is removed from Schedule 1.

The IRS has said that taxes have to be paid. We don’t make a determination as to what is or is not legal, but the tax payments do come in and we would rather have direct deposits if we could.

At the moment, with no access to a bank account businesses that need to pay tax have to do so in cash leading to the IRS having had to build “cash rooms” to deposit taxes from those businesses.

It’s also a security issue for IRS employees in taxpayer assistance centers, where payments are made. And. of course, the cash needs to be moved elsewhere, creating further risks of fraud, robbery, and theft.

So the IRS wants electronic banking to become available.  Will the powers that be listen?

You can read more about this here

Admitting to past recreational marijuana consumption should not automatically disqualify people from being employed in the federal government says the Biden Administration but it comes with caveats.

The extent of use, and how recently is a factor.  Also what the employment position is may well need to be taken into account.

An employee must also commit to ceasing to use marijuana and agree to be subjected to regular drug testing.

State lawmakers in the House and Senate are still working to resolve differences over landmark legislation that would legalize recreational marijuana in Virginia. And they only have until today, Saturday, 27th for it to pass or fail.

One of the points of contention is when legalization would make possession of small quantities of marijuana an offense. The legalization is not proposed to come into effect until January 2024. Whether criminal penalties related to the drug should stay in place until legal sales begin is the big question. The House advanced legislation that wouldn’t end prohibition until 2024 while the Senate proposed legalizing possession of an ounce or less of marijuana beginning July 1 of this year.

House members are concerned that doing this would encourage a “Black Market” ahead of legalization. However, in contrast, New Jersey’s Governor has signed legislation, which immediately ended criminal penalties for possession of up to six ounces even though retail sales aren’t expected to begin until 2022 at the earliest.

They argue that it didn’t make sense to continue prosecuting people for something lawmakers had voted to legalize.

That’s all for now folks but do keep checking back and leaving comments!