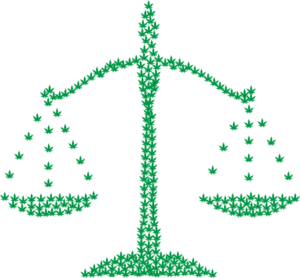 Proposition 110 was passed at the same time as the Presidential vote took place on the 3rd November and in Multnomah County by 77% of the vote.

He follows District attorneys in both Clackamas and Deschutes County who have also made the change, but Schmidt’s decision is particularly notable because he represents the state’s most populous county.

Technically, the new legislation would not formally take effect until February, but it seems that these District Attorneys have taken the sensible approach of deciding that continuing with arrests and prosecutions over the following couple of months would be pointless as well as a waste of police time and money.

Going forward simple drug possession will be treated as a Class E infraction, punishable by a maximum fine of $100 and no jail time. That fine can be waived if an individual shows a court they have completed a substance misuse assessment.

The position of Oregon in voting in favor of Proposition 110 has also put additional pressure on neighboring States. Promotors of legalization in Washington State, where the Covid-19 pandemic hindered the inclusion of a vote, have indicated they will look for a sponsor of a reform bill starting in January.

And in New Jersey, the Attorney General has given instruction to suspend most marijuana possession cases as a consequence of their Statewide legalization.

All of these decisions will put increasing pressure on Federal lawmakers to consider amendments to the law at the Federal level. It will seem increasingly unfair for marijuana possession in one state to be treated as an infraction whilst in another as a felony involving imprisonment.  Sooner or later public support that drug use should be treated as a public health matter rather than a criminal justice matter will prevail.

And, of course, this makes the eventual outcome of the two outstanding Senate seats a very interesting situation to look forward to in the New Year.  If both of these are won by Democratic candidates this will effectively hand over control of the Senate to the Democrats.  Despite the even number of Senators, the vice president holds the casting vote in the event of a tied vote.