Generally, people who smoke cannabis want to get the ultimate experience from it. To achieve this, one would do anything possible to increase the level of the high as well as how long the effect of the weed in the system it would last. In this search for satisfaction, a lot of trials have been made using the most random materials available including bay leaves, thyme and hops. Among all of these, one method that has yielded satisfying results over and over again, is an item of fruit, Mango. It possesses the necessary qualities required to increase the level of high and elongate the time span.

Scientifically, mangoes are known to contain a high level of vitamin A and Vitamin C. They also have a chemical called Myrcene and terpenes which create the fragrance it has. This chemical is also found in exotic plants including cannabis. Banana Kush, Lime OG, and Girl Scout Cookies are some of the most popular strains with high Myrcene content. Myrcene is linked to being anti-tumor, anti-inflammatory. Also, it is used as a cure for insomnia and pain. In addition, it is used to lower the resistance across the blood to brain barrier.

This makes it easy for chemicals to cross barriers, in the case of cannabis, like THC. It makes the effect of the weed in the system quicker.  The chemical terpenes from the mango fruit goes straight into the bloodstream regardless of whether the mango is consumed before or after smoking. This is followed by an interaction between the chemical terpenes and the psychoactive ingredient, THC.

This interaction is known as the entourage effect. The interaction increases the potency of the high a person will feel when smoking after inhaling weed in the body system. It will also extend the period the high would last. However, the reactions vary among different people. Research and practice has revealed that the case where a person consumes a mango before smoking is very likely to be more effective than in cases where the mango is eaten after.

Steep Hill Labs, a marijuana testing company recommends eating a fresh ripe mango 45 minutes before smoking as it will allow the THC absorb quicker and the high longer. In some cases, the intoxicating feeling from the weed in the system will be slightly more intense. While research has also revealed that mangoes could also be an effective source of pain relievers. It has also been proven that reactions to the effects of a mango could also depend on the metabolism of the person consuming it.

Another reason to eat mangoes as a way of enhancing the satisfaction of cannabis is that it helps to avoid getting the munchies. In a release published by the United States Department of Agriculture, a discovery that all cannabis users have experienced an extreme level of craving for unhealthy junk foods that are loaded in fat. As opposed to this heath threatening habit, a mango which is known to have only 130 Calories is a better and healthier alternative. This would help keep off pounds while ingesting the ingredients found in the fruit. Research also proves that persons with a high tolerance for cannabis will experience a more lasting high than those who do not.

More so, another common feature attributed to cannabis smokers is weight gain. This is traceable to the binge eating habits also directly linked to their smoking habits. In an attempt to lose weight while satisfying the broad appetite smoking habits creates, mangoes are a great alternative to unhealthy snacks for a person while keeping their diets. This is because mangoes are a very low glycemic index food that is known to help achieve weight reduction and regulate the level of blood sugar. Mango, as a fruit, also aids digestion and as a plus, it is made up of 82 per cent water. In addition, the fact that it already contains 12 per cent of the recommended daily fibre intake for one person makes it easy to get full without ingesting too many calories.

In conclusion, the fruit does more than extending the effects of weed in the system, weight reduction and providing a healthier alternative to junks. It also contains polyphenols that help fight inflammation and lowers blood sugar levels. Research conducted in Texas A & M University demonstrated that the presence of the polyphenols prevented an inflammatory response in breast cells that were found to be cancerous. Hence, mangoes can decrease the risk of cancerous tumors. Hence, besides the many benefits that come with consuming mango as a fruit on its own, the fruit, when consumed before or after inhaling or ingesting weed in the system creates a broader range of advantages, while reducing the likelihood of health risks attached to having weed in the system. The discovery of mango as an enhancing method for cannabis remains of utmost advantage, yet scientists are yet to fully explore the potentials that lie within the interaction between chemicals within the fruit and Cannabis. 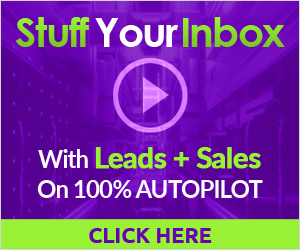