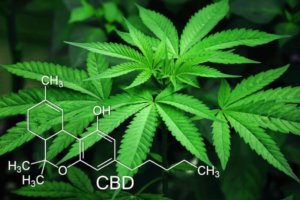 In 2012 six-year-old Jayden David, who suffers from Dravet’s Syndrome, was given liquefied cannabis drops and for the first time since he was four months old, went an entire day without a seizure. At one point, Jayden was prescribed 22 anti-seizure pills a day, and while they controlled the seizures, the pills left him immobilized due to the side effects. But a non-psychoactive form of marijuana that does not get him high, has now allowed him to run and play like other kids. Jayden and millions of people around the world, who suffer from a variety of ailments, benefit from the medicinal qualities of high cannabinoid or high CBD marijuana strains.

Cannabinoids are the main chemicals in marijuana. In recent years, various research and experiments have resulted in the production of high CBD marijuana strains and in a large percentage of these strains, THC is non-existent. But it doesn’t take research to know that inhaling any kind of smoke into your lungs is bad for your health. Because of this, new ways to administer medical marijuana are being invented so the patient no longer has to smoke to medicate.

Cannabinoids can be so beneficial; the human brain has two built-in cannabinoid receptors, which regulate certain body functions. These are just some of the advances in the research and study of high CBD medical marijuana in the 21st century.

Cannabinoids are the main medicinal ingredient in marijuana. While THC is the main psychoactive ingredient, cannabinoids are known to have anti-psychotic properties, which counter the effects of THC. With this in mind, production labs are now growing strains of marijuana that contain a high concentration of CBDS. Some of these strains have CBD concentrations as high as 20%, which allow people living with illness to benefit from medical marijuana without the high associated with THC. Up until recently, a big concern for some was the fact that in order to use medical marijuana, an individual had to get high as a side effect. That made many question the intentions of a so-called medical marijuana patient. Does he or she really have an ailment or do they just want to get high? With high CBD strains, getting high is no longer a factor while medicating with marijuana. Therefore these strains will make it safe for everyone, from small kids to elderly adults, to medicate without concern of any intoxicating effects. The development of high CBD marijuana should continue to help completely remove the stigma from its medical use.

There was a time when if a patient wanted to use medical marijuana, not only did they have to get high, they had to smoke it. Smoking anything involves inhaling harmful chemicals into your lungs that are released as the medium is burned. Today there are numerous ways of administering and self-dosing medical marijuana. They range from vaporizing, cooking, and drinks, to oral sprays and tinctures. Vaporizing involves heating marijuana to a point where it produces a vapor, then inhaling the vapor into the lungs. For smokers, vaporizing is the non-smoked method most often recommended as an alternative to smoking because vaporization releases about 5 compounds, whereas smoking marijuana releases about 111 different compounds. Cooking with medical marijuana involves heating marijuana and butter. The butter traps the chemicals and is then used in any dish of the patient’s choice. Various drinks can also be made with the butter or some can be bought already made. Tonics and tinctures are made when marijuana is soaked in an alcohol solution, transferring the cannabinoids to the liquid. The tincture can then be rubbed on the skin, taken by drops or sprayed into the mouth and put into foods and drink recipes as well. Medical marijuana also comes in the forms of ready-made candy and various other sweets, all of the high CBD form. Still, as with any type of medication, the attractively packaged items should be kept out of reach of children.

Cannabinoids in medical marijuana have the same effect as the cannabinoids that already occur in every person. The human body naturally produces cannabinoids similar to those of marijuana on its own. Researchers at Brown University have shown that the brain produces anandamide, which is a pain suppressing cannabinoid. This naturally produced chemical affects the CB1 and CB2 cannabinoid receptors of the human nervous and immune systems respectively. These cannabinoids regulate physiological processes including appetite, pain-sensation, mood, and memory. They also regulate sleep patterns and act as natural inflammatory agents. CBD’s from medicinal marijuana have been recognized for their ability to act as antioxidants in the brain. German researchers have found that cannabinoids are capable of not only cleansing damaged brain cells, but also triggering the production of new brain cells. This has led to high CBD marijuana being researched as a treatment for concussions in professional athletes. With the added CBD’s from medicinal marijuana, patients can be treated for a variety of other ailments and conditions. Marijuana could be prescribed for anything from simple appetite loss to pain caused by multiple sclerosis; because a lot of times, the cannabinoids produced by the body are insufficient.

Since the days of Reefer Madness, the study and research along with negative views of marijuana have come a long way. Science is giving us a clearer understanding of what is in it and how we can utilize those ingredients to benefit and treat ailments of the afflicted. As I’ve shown you, medical marijuana no longer has to be smoked. More importantly, high CBD marijuana will not get a patient high, anyway. The fact that the human body makes and uses its own cannabinoids, should be an eye-opener to the medical field. Marijuana as a medicine is as, or more effective than, almost any prescribed drug and research is proving that it is so much safer. With the high from THC being negated in high CBD marijuana and new ways of medicating without smoking; there is no longer a reason for selfish organizations to keep something with the potential to be so beneficial, from those who would clearly benefit from it.
Source by Constantine Pou 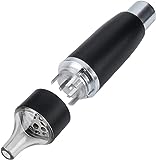